At Mjellby Art museum you will find shifting exhibitions of the Halmstad Group, a Swedish artist group with an important link to international cubism and surrealism. In addition, we exhibit temporary exhibitions with international and national modern art – often with a focus on gender, norm criticism and society. All of our exhibition texts are provided in English. 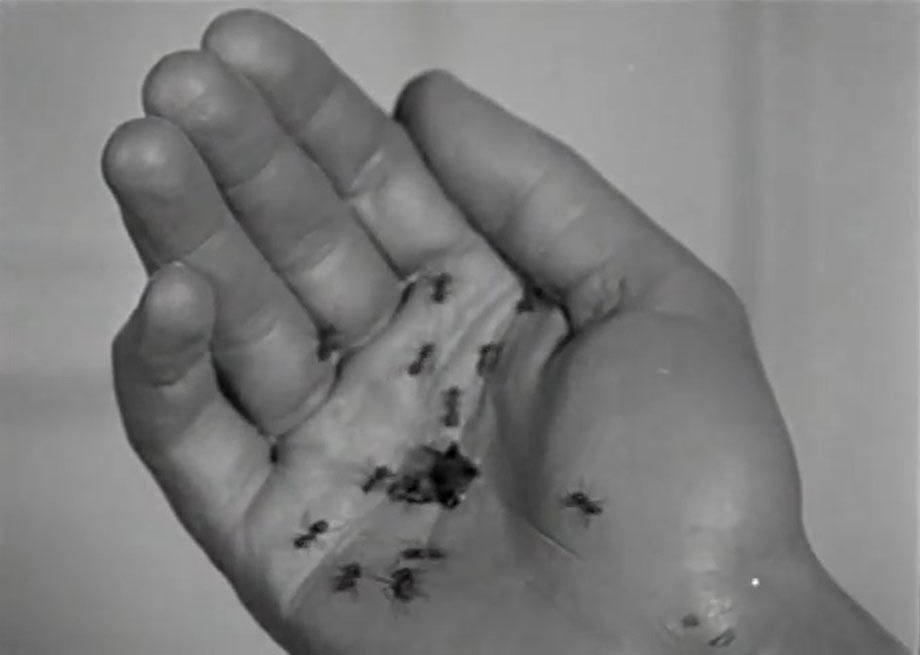 From the movie "The Andalusian dog" by Salvador Dalí and Luis Buñuel.

It was in the early part of the 1910s that nascent Surrealist artists were first captivated by the exciting new medium of film. The immediate fascination is documented by Surrealist André Breton (1896–1966), who describes how he and his artist friends would rush eagerly between cinemas to catch the short film sequences. Film was to become a unique medium for achieving and realising the dreamworlds of the Surrealists, but it has tended to receive relatively little attention in historical accounts of the movement.

Surrealism emerged after the First World War as a reaction to the suffering that the world had been through. André Breton published the first Surrealist manifesto in 1924, marking the inception of an artistic and political group that sought, through art, to break free from the shackles of convention to create a better and more liberated world. The Surrealists focused on what lies beyond reality, in the world of dreams. They wanted the viewer to engage their emotions and then act on them.

One of Surrealism’s first means of expression was the written word, with poetic content governed by emotion, disengaging the faculties of reason. Soon the artists expanded into other media, include photography, painting and collage, always with a curiosity about new ways of expressing themselves. Film proved to be an excellent fit as a medium that fed the Surrealists’ fascination with modern technology, free from the burden of weighty cultural heritage. Film turned the written word into moving images, merging reality with fantasy in a new and revolutionary way – making the unreal real.

Producing a film is expensive, and the Surrealist films were often made on a shoestring budget, with many ideas never making it off the page. It is also time-consuming and not something that can be undertaken alone. Behind every film lies a whole team, from the cameraman to the actors and the director, and many more besides – a way of working that chimed well with the Surrealists’ vision of the collective creative process. It is notable how few women produced their own Surrealist films, reflecting the opportunities for female artists of the time, not least in the film industry. But if we expand our view of film as a collective endeavour, it often turns out that women were more involved behind the scenes than the history books might suggest.

The Surrealists enjoyed the fact that film was not readily added to the roster of established art forms. They unashamedly drew inspiration from commercial feature films and the text-reliant scenes from the silent movies. In fact, the Surrealists came to make a real mark on the development of the commercial feature film. Their way of working was new and revolutionary – in terms of composition, narrative method and camera perspective.

Taking the local Halmstad Group as its starting point, Mjellby Art Museum has, for many years, exemplified the changing nature of Surrealism. This year’s summer exhibition Surrealism & Film – making the unreal real explores film as a means of expression both in early Surrealism and among contemporary artists. In the exhibition, we shine a spotlight on art and film history, giving visitors a chance to see Surrealist-influenced films spanning a whole century.

Mjellby Art Museum would like to extend its thanks to researcher Kristoffer Noheden, whose knowledge has been invaluable in assembling the content of the exhibition. Warm thanks also go to the contributing artists and partners.